A Cauldron of mixed meds 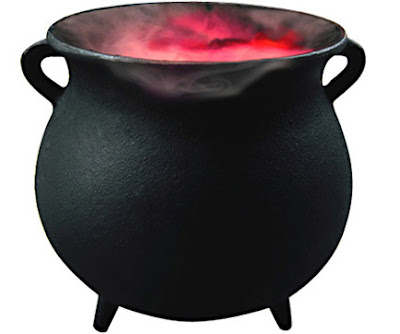 I know of an elderly woman in a care facility, taking 25 different medications.
There is no way in hell all of those meds were ever tested together. There are some standard items, but when you begin to mix a bunch of "mood meds", anti depressant type medications, is it no wonder this person has lost functionality.
The nasty brew, has left the elderly woman in somewhat of a stupor. She has a hard time getting words out-- with slurred speech, or worse, garbled syllables. Trying to speak, but unable to get the words out.
This woman is my Mother. my sister has Power of Attorney, so she has the final say on everything. I finally got a hold of my Mom's med list, and she is on a medication that has a FDA black box warning, saying it is not to be used for people with her condition. The Black box warning is the highest warning level, and this medication just happened to be one of the biggest whistleblower pharmaceutical med issue, that caused a huge class action lawsuit. It resulted in a large payout, and the so-called black box warning. Eli Lilly drug company settled the lawsuit for $1.42 billion.
But here's the thing, because my Mom is in memory care, she has no say over the matter.
Frankly when you are over drugged, you don't necessarily know it, and in her case, even if she said something, it is her Power of Attorney who has the final word.
So, make darned sure whomever you appoint as Power of Attorony is the kind of person who would take 10 minutes to research meds on the internet, to see if there is a major red flag.
Also, make sure your POA is not the kind of person who is OK with having you drugged into a stupor because it is easier for them. Worse, when I questioned the med that said it is not to be prescribed to people w this condition, I was given this predictable response-- Are YOU a pharmacologist or a Doctor? But guess what? Neither is she, so under this line of thinking, she is not qualified to approve such decisions either.
Anyway, since working directly with the person in charge was not an option, I went over her head & spoke with the Doctor. He looked at the list & said "I hate messy med regimens".
Hooray! The Doctor agrees this cauldron of meds is a mess. He also said they have to titrate (slowly lower the dose) to take someone off any of these meds, but there is a ray of hope.
Posted by Fran at 11:16 AM

the whole concept of a primary care physician was so that there would be one person keeping track of what all the other specialists say and to watch what medications you are taking. if that was the idea, it's an utter failure in many, many cases. it seems that it's usually a pharmacist who blows the whistle on a bad combination of prescriptions. of course, that can only happen when someone always uses the same pharmacy.

This is the kind of thing my Mom would have done..... said NO WAY & gone to the top to demand a wrong be righted (I learned from the best!). So the day I went over my Sister's head, I had a fist pump moment, saying this is wrong & something must be said & done.

You are right-- they segmented things out to different $peciali$t$, and it could have even been that this med was prescribed before the whole lawsuit came down. Still prescribing physicians also have software that gives them a red flag warning about med issues as well.
She had just been moved to a different wing- and how cruel would it have been if they first overmedicated her into a stupor, then evaluated that she needs a higher level of care! In the move she was assigned to a different Doctor for this specialty.

But the real pisser here is the sister is a nurse. She of all people should know about med screw ups, and how important it is for patients or in this case families, needing to do their homework. I don;t care about who is right, or if someone's ego is hurt. I care about my Mom not being over medicated.

Thank you for bringing this forward because it happens more than most people know..
I have just retired from health care, and patient medication safety was one of my biggest concerns..
Please don't stop talking about this issue..

DW~ It breaks my heart to hear my Mom struggling to speak. She's saying sentences, but in garbled syllables- not words. I have no idea what she is saying. Sometimes she gets out actual words. She was alert enough to know she'd been moved to a place where people were in worse shape. Sometimes I catch her when she is in better shape, and she is able to convey specific needs.
She knows if something needs to happen she can count on me to advocate for her.

Being in the health care biz, you have a real insider's view on how wrong the meds situation can go. I guess it is a real trend in resident care facilities to overmedicate.

It's heartbreaking to hear your mom struggling so much. Hope a new med regimen helps her. Shame on your sister, Ms POA.