Bailing out of the bailout with bailout money?

Huh? Maybe you've seen the new GM ads-- the new CEO Ed Whitacre touting that they have repaid their $6.7 billion dollar government loan with interest 5 years ahead of schedule. They show new GM cars rolling on the production line in the background.

"But lawmakers, and even the inspector general for the bailout fund GM borrowed from, point out that General Motors only repaid the bailout money by dipping into a separate pot of bailout money. They say the company did not actually use its own earnings to make the early payment and are questioning why executives are making such a big deal out of it. The TARP inspector general, Neil Barofsky, bluntly told the Senate Finance Committee during a hearing last week that the repayment "is just other TARP money".

"It sounds like they're kind of like taking money out of one pocket and putting it in the other to do that," Sen. Tom Carper, D-Del., said at the hearing.
Yes it does.


The GM ad could potentially land the company in trouble with the Federal Trade Commission over its truth-in-advertising laws, which prohibit ads that are "likely to mislead consumers."

The $6.7 billion is also just a fraction of the $52 billion General Motors received in government aid. Lawmakers are being told government losses on GM are expected to exceed $30 billion. *
It's complicated~ GM took bailout money, but then so did GMAC the lending wing (which does both car and home loans). They declared the lending wing a bank & took additional bailout money.
$45 billion is still owed to the US by GM & we the people, own 61% of the company.
$8 billion is owed to Canada, & they own 12% of the company.
Chrysler owes $12.2 billion.
Of the nine major banks that took loans, all have repaid them but Citi, which still owes $25 billion.
Insurance giant AIG took a $70 billion dollar bailout & has not repaid one dime of it. 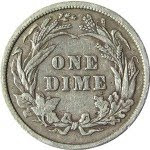 don't blame me. i haven't missed a car payment yet.

OK nonnie~ you are off the hook.

That was pretty funky of GM to make a big public to do about repaying the loan when, it was only using our $ from the Federal treasury.
Here they thought it would be a big PR pus, now it may land them in trouble for false advertising.

I've not seen the commercial air since the source of the payback has been outed.

And what the hell re AIG--- I want to know what kind of bonus $, perks & raises are flowing there.

They need to be making payments back to the treasury.
Just like taxpayers who don;t pay money owed, how about some interest, fines & fees for those "too big to fail?"