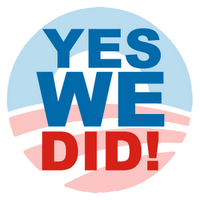 BY DAVID STEVES
The Register-Guard
SALEM — Oregon became the first state to vow legal action to defend the new federal health care reforms, with Attorney General John Kroger and Gov. Ted Kulongoski announcing Wednesday that they would file a court brief arguing that the new legislation is constitutional.
At the moment, Oregon is standing against the tide, as several other states’ attorneys general have sued the federal government to block the health care overhaul’s mandates on states.
“We’re the first one to take this approach,” Kroger spokesman Tony Green said. “We don’t expect to be the only one, but we’re the first.”
The prolonged debate over reforming the nation’s health care system divided Congress along party lines. The lining up of Kroger against his counterparts from other states reflects the same partisan pattern. Kroger, like President Obama and the members of Congress who enacted the new law, is a Democrat; among the 14 attorneys general to challenge the mandates, 13 are Republicans.
In their legal filings, opposing states have contended that Congress exceeded its powers to regulate commerce and violated constitutional protections of state sovereignty.
Kroger said he has passed the word to other state attorneys general that he and Kulongoski are preparing a friend of the court brief to defend the constitutionality of the new legislation. He said he would love to have Republican counterparts join his side but wasn’t aware of any considering it.
Kroger said it would be a shame if states’ lawyers decided whether to challenge or advocate for the health care law based on their party affiliations.
“The question for an attorney general is not whether they think it’s good politics or whether it’s popular in their state,” Kroger said. “The question is whether they think the bill does or doesn’t violate the Constitution of the United States.”
Wow! I love it that Oregon is NOT joining the list of States fighting health care reform.
Thirteen attorneys general plan to band together in a collective lawsuit on behalf of  Alabama, Colorado, Florida, Idaho, Louisiana, Michigan, Nebraska, Pennsylvania, South Carolina, South Dakota, Texas, Utah and Washington jointly filed the suit.  So far, only two states, Idaho and Virginia, have enacted laws, while an Arizona constitutional amendment is seeking voter approval on the November ballot.
Posted by Fran at 12:57 AM

i wrote to my attorney general, bill where's-my-chin mccollum, and i told him that he doesn't represent me in his bullshit suit against the government. i didn't use any foul language, but i said the only reason for him bringing suit is to make his bones with the teabaggers so he can be elected governor. i got the standard, 'thanks for writing' email back with the same bullshit propaganda he's been spewing since the hcr bill passed. i hate his fucking guts. i have ever since the impeachment.

Yea, with 13 of the States "in the red" (repug) joining in on the legal/constitutional challenge, it is pretty clear it is a partisan ploy, and election year grandstanding.
Glad you are putting the pressure on (and resisting the temptation to use foul language).

I just hope a bunch of other states join Oregon in supporting the reform.

And, as we all witnessed, the party of no, in their grand tradition had no alternative to offer.

So good going~ keep the pressure on & those of you in States govmnt' not yet on the "no train", push your reps to just say yes.

What's really strange, is the States with the most retirees- Florida, & Arizona are probably states that most need elder care health money & reform.