The GOP came charging into the new session like a bull in a China shop. Like a bully in a sandbox.
I get it that they don't like the Health Care reform bill, or maybe more that the lobbyists who give them big bucks don't like health care reform. Besides giving more people access, and cutting out someone being denied coverage due to pre existing conditions, there is also a clause called "Medical Loss Ratio".
What the hell is that, you might ask.

As described by Sen. Al Frankin (D- MN.) (He worked on this portion of the HC Reform bill. )

"Basically, Medical Loss Ratio, or MLR, means that when it comes to your health insurance, you get what you pay for. When you write that check to your insurance company every month, you want to be paying for health care--not advertising for the insurer or extravagant bonuses for its CEO.


Now that MLR is the law of the land, insurance companies have to spend at least 80 cents (and, in many cases, at least 85 cents) out of every premium dollar on health care and quality improvements for patients. Not marketing. Not overhead. Not salaries. Health care. For you. The people who are paying.
Of course, MLR is just one of the many reforms now in effect to help bring down the cost and improve the quality of your health care, with more to come as the new law is phased in.
But it's the piece of health care reform I worked on the most closely, and I'm incredibly proud of it. After all, no matter what you thought about the different arguments made during the reform debate or the different parts of the new law, I think one thing we can all agree on is that customers should get what they pay for." 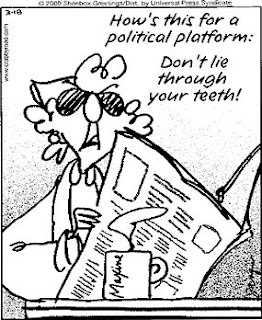 Ahhh- you can see how the CEO's who get the biggest salaries have "released the hounds" to go after this bill. Just look at the actual name of the bill (I'm not making this up)
'Repealing the Job-Killing Health Care Law Act.'
Nothing inflammatory there. Maybe they even toned it down from the original name--
"God loving, Family Values, True American, nobody loves this country more than the GOP & Tea Party, FOX newzzz sez so, mad as hell and not going to take it anymore, repeal of the Job-Costing, socialist, communist, anti american, lack of your freedom, too much government alleged health care, but really Obama care, don't be fooled, Glenn Beck sez so, Act."
For the record we call it Health Care Reform, not "Obamacare" in some juvenile, name calling slang.
What all this comes to mean for our family personally, is that as a result, my husband's workplace rolled out the new insurance offering 2 months early, in November 2010. Our young adult son, in the 18 to 26 year old range, had taken a sabbatical from college for a number of personal reasons, and as a result, he lost his health care coverage (had to be a full time student).
By being able to enroll before he started back as a full time student, he was able to max out 2010 dental coverage, and finish up with more needed dental work now in 2011.
For all that he needs, he will max out the amount of coverage allotted for 2011 in Jan of 2011, leaving him with no more coverage for the rest of the year.

Still as a direct result, he will get a few thousand dollars worth of dental care, that he would otherwise not be able to afford.

From our viewpoint, Health Care Reform is helpful, and was very much so needed. In the case of dental care, the longer you wait, the worse & more expensive it gets. We wish it had more "bite" to it & covered a higher amount of care, as medical, dental & vision coverage is very expensive.

I for one, appreciate that the premiums that we are paying for (not cheap!),  the lion's share of that money is now required to go for actual medical costs & coverage, not for fat salaries & corporate fluff.

The GOP in the House are just showing their true colors here. There to protect big business, and the coffers of the wealthy. If they really cared about "job killing" & debt reduction, they would not have fought so hard for & insisted upon tax cuts for the wealthy.

I can only say we have already benefitted from the Reform. It is no where near as strong as it needs to be, but it is a start.

Health Care Reform is a life saver, not a job killer.
Posted by Fran at 7:18 AM

The republicans do not want YOU to have the same health care benefits that they enjoy. Members of Congress on average receive a $700 a month taxpayer subsidy for their private health insurance plan, which they can choose through a highly regulated exchange offered by the government.

My son now has health care and I'll be way beyond pissed and will let every fucking red republican in our family and beyond know it if they take it away now!

if truly small businesses (the ones with few employees, not the ones with few owners) were smart, they'd band together and start their own non-teabagger movement. they suffer, because they can't afford to offer the benefits the big employers can. health care reform would make them a lot more competitive. that's one reason why big corporations want to kill it.

Jerry~ Must be nice for them- to have cadillac coverage while using taxpayer $ to repeal any kind of level playing field for the peasants.

Lib: I hear you. I can;t believe my "kid" will burn up the entire year's dental $ in January alone.
That means no more preventative maintenance for another year. Sigh.
I feel glad he has this coverage, but it is like they are throwing scraps & bones at us.

Nonnie- That & the fact there is that Medical loss ratio deal. The big bucks CEO's particularly don't like that one.
Don;t mess with their summer homes in the Hamptons!