A local story about PTSD 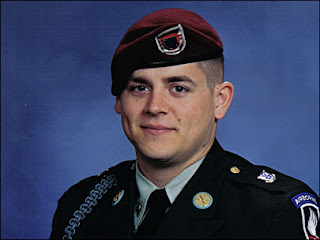 Here is a timeline regarding the story of Michael Mason.

As reported by KVAL news:

"Mason served tours of duty in both Iraq & Afghanistan. "A decorated war hero, the Army honored Mason with awards for valor & heroism during wartime.

'watched firsthand the loss of dozens of his fellow soldiers'

Four years and two tours of the Middle East took a traumatizing toll on Mason’s mental stability.
“He watched firsthand the loss of dozens of his fellow soldiers during his combat service,” said Mason’s sister Sara Mason.
Gardner said Mason witnessed the deaths of at least 26 fellow soldiers in Iraq and Afghanistan.
And two Wednesdays before Christmas 2010, Mason went shopping at Valley River Center Mall - and snapped. 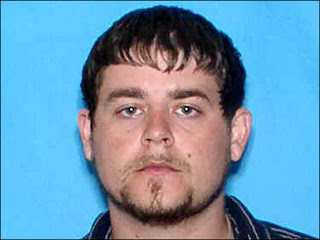 PTSD
The more severe the trauma, the more intense the symptoms: irritability, fear - even disconnection with reality.
Lane County's chief prosecutor, Gardner said Mason received some treatment for PTSD through the U.S. Department of Veterans Affairs (VA) when he returned to the United States after serving overseas.
Gardner said Mason’s family noted irrational behavior in the weeks leading up to Mason firing a gun at cars in the a Valley River Center parking lot.
“He was making a lot of statements that just didn’t make sense,” said Gardner. “He would give non-coherent answers when his family would ask him questions.”


“While we knew he suffered,” said Sara Mason, his sister, “we did not fully understand the depth of his hurt, pain or sorrow.”
The VA has diagnosed over 72,000 retired and active service members who have returned from Iraq or Afghanistan with PTSD, according to a report.

The VA also reports that veterans with PTSD are two to three times more likely to become violent. Usually those outbursts are aimed at a spouse or family member. 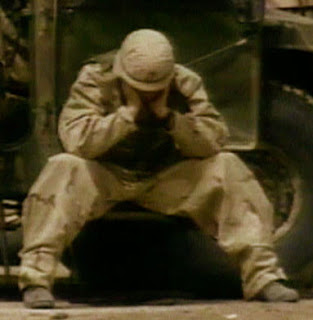 Officers "We hear a lot about post-traumatic stress, and a lot of people make claims about it and in some cases where it doesn't seem to be merited," Gardner said. "There is no question but that this was a real episode."
As a result, the DA won't pursue any criminal charges against Mason.

"In my opinion, given the circumstances, prosecuting this young man would be a waste of time even if it was possible to prove that there was some criminal intent, which frankly I believe there clearly wasn't any criminal intent," Gardner said. "He was not mentally present during this episode, and so in my opinion based on the evidence, he's not criminally liable, and putting the system through the expense to establish that beyond a reasonable doubt would be absurd."
Mason has remained hospitalized since the Dec. 15 incident.

Gardner also said the officers involved in the shooting, Sgt. Bill Solesbee and Officer Marcus Pope, were justified in using deadly force against Mason.
"It's clear based on the circumstances that the decision the officers made were consistent with the requirements of Oregon law," he said.


The police officers shot Mason at a location off River Road, but the incident started earlier in the parking lot of Valley River Center with a report of a man firing shots at cars.
No one was injured, but police have said the shooter hit two cars.
Police got a cell phone number for the suspect Mason from a relative, Police Chief Pete Kerns said after the shooting.
That enabled crisis negotiators to talk to Mason as police tracked him down.
Less than an hour later, police caught up with him on Zane Lane off River Road. Chief Kerns said that when Mason stopped driving, he showed some threatening behavior.
"The suspect's hands and body were constantly in motion," Kerns said. "Throughout the front portion interior of the vehicle, his behavior was unpredictable and did not comply with officers clear instructions."
Kerns said that's when Solesbee and Pope shot the suspect.
"I heard police coming this way, sirens very quickly," said witness Darrell Bassett. "I heard the sirens stop right down here and right after that I believe I heard three shots."
Police gave first aid to the suspect until medics arrived and took him to the hospital."

The gunshot injuries from the police shooting left Mason paralyzed.

He survived multiple tours of duty in the middle east, but a severe PTSD breakdown in a Mall parking lot gun shooting spree, made him wheelchair bound for life.


"At this point I understand he's parapalegic," Gardner said. "I understand his medical condition to be touch and go. There's hope that he will regain greater use of his arms. He has some movement in his arms."

The pizza place fundraiser is needed to be able to modify his hoe to accept wheelchairs, and his family will need a wheelchair accessible vehicle.

I wondered why the police were so quick to say they would not press charges- I figured since he was the son of a retired local cop. A decorated veteran, and acknowledging PTSD.

As an aside the general trend here are when officers either overreact or act inappropriately, they are generally deem justified before the investigation is even completed. So for them to be so kind & generous was suspect.

But now I think once they realized how detrimental the police bullets were, they backed off entirely.

I also wondered if the military was going to try to shirk responsibility-- the injury happened "in a non combat setting" therefore, they might not be responsible for all the long term medical care.
But perhaps this high profile case is being handled in a different way.


Michael's sister, Sara says he's now a quadriplegic with minimal feeling in his hands.
Eventually he'll be moved to a V.A. Spinal cord clinic in Seattle.

The military owes this decorated soldier all the support & medical care he needs- for as long as he needs it-
It was military trauma exposure that is the source of the PTSD that started this whole tragic situation. 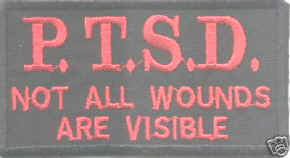 the armed services need to start doing psychological work-ups before they allow someone to go into combat, and they need to do psychological exit interviews to try to anticipate those who are most in danger of suffering ptsd.

as to the cops, i wouldn't second-guess them until all the evidence is in. they knew he had shot at cars, so it's not a stretch for them to assume that he still had a gun when they stopped him.

Just a strange situation this soldier made it out out multiple tours of duty, but it all fell apart later.
How sad he did not get help until it turned into a disaster.

As for the cops- sure- they had a person out shooting a gun @ the mall parking lot- so they are already on heightened alert, but you wish they would have been able to avoid shooting, or if they had to shoot him, just a grazing shot.

I wonder now if he will ever be able to recover from the cumulative effects. At least they are not pressing charges, and it sounds like the military will provide medical care. They owe it to him.

His sister mentioned maybe down the road he can help other soldiers w PTSD?

It's such a heartbreaking and under-reported story. If not for the local news, most of us would never hear about the damaging effects of PTSD in our military.

Cops do shoot first and ask questions later--they do abuse their power. Not all of them of course, but more than should be tolerated.

a sad sad situation. the whole damn war and no decent PTSD help until AFTER something major happens. even then, some soldiers are being told their condition existed before service, so no VA.

I'm very glad this particular vet is getting care now. wish he could've gotten it earlier. he seems to have been a young man with much promise, now looking at a paralyzed future.

terrible situation for the young man, his family, and yes even the police who are trying to learn how to cope with the increase in PTSD confrontations when their dept budgets are being slashed.

possible the only "winners" are the people in the parking lot who apparently weren't near their cars when the shooting began. so sad.

Lisa- I have a friend who is a VA clinic social worker who deals w PTSD every day- she said there are thousands of soldiers just like him out there, lost & not getting the help they need.

Lib~ I have to balance the thought that these cops were dealing with someone w a gun who just went on a rampage-- but they always seem to shoot first & ask later. More often they are cleared of any wrongdoing before the crime scene has even been cleaned up or examined.
I have to wonder if they could get a family member on the cell phone, that might have calmed him down. We'll never know.

DK~ Yes it is good only a few cars took bullets in the mall parking lot.
Just so sad he did not get the help he needed before this all went so bad.