Congre$$ NOT in your corner

MSNBC REPORTS:
*** Pay-per-view representatives? "If members of Congress’ approval ratings weren’t low enough, how’s this going to go over? Several members of Congress are charging constituents to ask questions, Politico reports. For Paul Ryan (R-WI), who took lots of criticism for his budget which would partially privatize Medicare, it’ll cost you $15; Chip Cravaack (R-MN) $10;
Ben Quayle (R-AZ) $35. They’re not holding face-to-face town halls during their August recess. “By outsourcing the events to third parties that charge an entry fee to raise money, members of Congress can eliminate most of the riffraff while still – in some cases – allowing in reporters and TV cameras for a positive local news story,” Politico writes. The fees go to event organizers, who provide refreshments. Sure, they say they’re holding “office hours,” but seriously, this is democracy? Running from questions from the people who put you in office, unless they pay a fee?"

I have never attended a Town Hall meeting that served refreshments. If anything, my congressman can be rather unrefreshing, as he often hogs half of the scheduled time yammering on at his constituents, therefore giving them less time to ask questions or speak.
Certainly the idea of charging for access to a Town Hall meeting is discriminatory against those with low or fixed incomes, and a whole segment of the population who are unemployed & struggling to make ends meet.  This sector of low income people includes Seniors, Veterans, people with Medical Bankruptcies, those who got caught up in the subprime mortgage mess with Foreclosed homes, even just families on tight budgets.
A Town Hall for the "haves", honestly, should be a banned practice.  If it really is about organizers selling refreshments, then have that be an option to purchase, but not a requirement to get in the door. 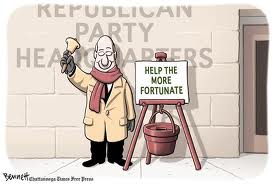 The idea that Town Hall meetings are "office hours" worthy of charging an additional fee is bunk. The average 2011 salary for rank-and-file members of Congress is $174,000 per year. The 2011 average income  for citizens is $46,326. If you are making 3.75 times more than the average salary, you hardly have any ground to stand on, to make that "need to charge" argument. After all the job is to represent the people in your district, so the notion that charging money is justified, does not apply. Their salary is covered by the taxes you already paid - and they automatically get raises, and generous ones at that:
A $4,700 pay raise took effect in January 2009; congressional salaries now stand at $174,000. 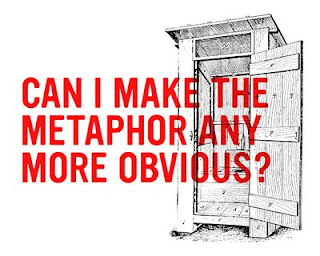 Congress decided to make its pay raises automatic in 1989, giving legislators a way to avoid tough votes that could hurt them when they run for re-election. Since then, congressional salaries have nearly doubled, though Congress blocked raises for itself in 2010 and 2011.
"In this economy, Americans across the country are out of work and those who are working are certainly not receiving annual raises," McCaskill said when she introduced the bill late last month. "There's no reason Congress should be getting a pay raise each year."
Republican Sen. Chuck Grassley of Iowa, another co-sponsor, said that if members of Congress think they deserve a raise, "they should have the guts to vote publicly for it."
I hope voters let these grifter politicians get the message that the ability to have free speech with the person whose job it is to represent them, is not for sale.  Vote them out.

You may not have refreshments at town hall meetings, but not having to pay a fee to have access will be most refreshing. 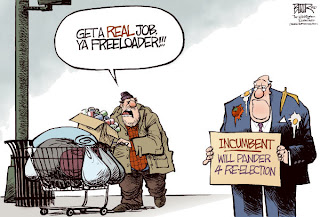 the rethugs want to privatize democracy just like everything else.

Can you imagine having to fork over $35 bucks to go to a Town Hall meeting?

Our representative democracy is dead and gone.

they just need to change the name of the event ... those aren't Town Halls, they're Fund Raising by Arm Twisting!