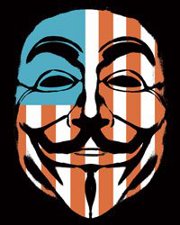 It is a real grass roots movement, and it hits them were it hurts- the money!

To me, this movement is similar to the Civil Rights Montgomery Bus Boycott, the 1955 political & social protest campaign. Rosa Parks, MLK jr., Ralph Abernarhy were all involved.
These simple folks, working class people united & refused to ride the buses, because of discrimination.

"The boycott caused crippling financial deficit for the Montgomery public transit system, because the city's black population who were the principal boycotters were also the bulk of the system's paying customers. The campaign lasted from December 1, 1955, when Rosa Parks, an African American woman, was arrested for refusing to surrender her seat to a white person, to December 20, 1956, when a federal ruling, Browder v. Gayle, took effect, and led to a United States Supreme Court decision that declared the Alabama and Montgomery laws requiring segregated buses to be unconstitutional."*


These worker bees who were thought to have no power, banded together & boycotted the discriminatory buses for over 1 year. 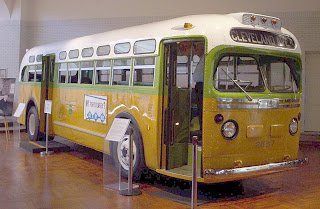 "Black taxi drivers charged ten cents per ride, a fare equal to the cost to ride the bus, in support of the boycott. When word of this reached city officials on December 8, 1955, the order went out to fine any cab driver who charged a rider less than 45 cents. In addition to using private motor vehicles, some people used non-motorized means to get around, such as cycling, walking, or even riding mules or driving horse-drawn buggies. Some people also hitchhiked. During rush hours, sidewalks were often crowded. As the buses received extremely few, if any, passengers, their officials asked the City Commission to allow stopping service to black communities. Across the nation, black churches raised money to support the boycott and collected new and slightly used shoes to replace the tattered footwear of Montgomery's black citizens, many of whom walked everywhere rather than ride the buses and submit to Jim Crow laws."*

I'm just referencing this historic boycott to show that a unified action by the majority can create change.
Poor workers refusing to pay for .10¢ bus fares. The greater community donating shoes so others could literally walk the walk.

Even if you can't make the bank exodus today, (I personally think I am going to open a Credit Union account today just to bump up the official #'s & send that collective one finger salute to Wall Street) it is still worthwhile to do your research & see what locally owned & operated Credit Unions & Banks are best in your area.
Consider at least moving some if not all of your money out of commercial banks.
You may even discover they offer better rates for car & mortgage loans & have less fees & fines. To be a part of the collective movement, and send that unified message- enough with Bankster theft & crimes will send a powerful message.
We are mad as hell & not going to take it anymore.


Find a Credit Union in the U.S.

Oregon locals did a ranking system


The idea that the working class has this power to not only vote with their dollars, but to walk away en masse from corporate Goliaths like Bank of America, Chase, Wells Fargo, and stop the madness happening with the reckless, gross mismanagement of money on Wall Street.

Big banks got bailed out, we got sold out & now we can choose to collectively walk out. 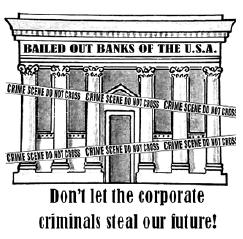 I've had my money in a community bank for going on three years now and I'm glad I do.

That Oregon Banks Local site is cool. Hope Bank Transfer Day will lead to some shrinkage of these giant banks which just got bigger since the financial crisis.

JP ~ Taking the $ away from Wall Street is the way to go.

Ken ~ Love the Oregon rating site. Wished they included fees in the ranking though.

Perhaps now we have them by the balls?

The Credit Union National Association said Thursday that since Bank of America's debit fee was announced, credit unions had added 650,000 members - vs. 80,000 in an ordinary month - and $4.5 billion in deposits.

That $4.5 billion does not include the 11/5 transfer day monies.

i was with amtrust for many, many years, and i was very happy there. then it got taken over by new york community bank, and they started charging for debit card usage and 15 bucks a month for savings accounts. i fought them tooth and nail to get my money back before i closed my accounts, and i made sure that all the other customers in the bank heard me. i went to a bank that's only located in floriduhhh. i had a car loan with them many years ago. i really like the people who work there. i've only been there since may, and now i read that it was bought by bb&t. the ex-ceo of bb&t made all his senior executives read atlas shrugged, and gave millions to colleges to start programs devoted to ayn rand's economic philosphy and writings. i'll be damned if even one penny of my money goes to anyone like that. i'm looking for a credit union to swtich to.

Nonnie ~ Good point so much switching of banks getting gobbled up & going under, hard to keep track of who owns what!

Surf the web to pre screen fees & details.
We wasted a bunch of time @ a credit union that was full of fees- more than our bank!
Even though it looks like the debit card fee debacle got enough push back & people closing accounts they rescinded it-- but they are going to be hitting up in other ways because they used to be able to hit retailers .44 cents per purchase.
It's tricky to pull off & a pain in the ass if you have auto pay & deposit set ups.

The bank day provided information all wonderful. We are access that more information gather from here! I like it.