Pizzagate: In America Pizza is a vegetable

Move over ketchup, Pizza in now joining the ranks of "vegetable" classification as well. Thanks to powerful lobbies, who fought to keep french fries & pizza prominently on school lunch menus. 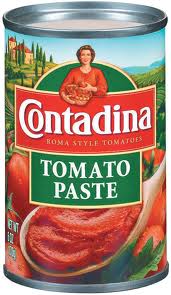 Another provision in the bill the House passed, bars the USDA from changing the way it credits tomato paste, used in pizza. The change would have required pizza to have at least a half-cup of tomato paste to qualify as a vegetable serving. Current rules, which likely will remain in place, require just two tablespoons of tomato paste.
The U.S. House of Representatives dealt a blow to childhood obesity warriors on Thursday by passing a bill that abandons proposals that threatened to end the reign of pizza and French fries on federally funded school lunch menus.
The scuttled changes, which would have stripped pizza's status as a vegetable and limited how often French fries could be served, stemmed from a 2010 child nutrition law calling on schools to improve the nutritional quality of lunches served to almost 32 million U.S. school children. 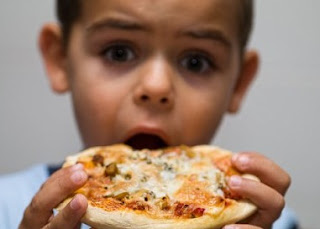 All pizzas are not created equal:
Let's face it, cheap frozen pizzas have little nutritional value at all. There are some gourmet versions  of pizza that really do have full servings of fresh veggies piled on them- but that is not what they are serving up in the USDA school lunches.

Ironically, while starch & pizza as a vegetable will be served, many cash strapped schools have eliminated physical fitness programs entirely, or families need to pony up hundreds of dollars to participate in sports programs.

Due to the tanked economy a huge proportion of children qualify for the free or reduced price meals served at schools.

The problem is the obesity epidemic. In the food world, starchy, lower quality foods are generally cheaper, so low income families tend to purchase them to stretch food budgets. But each bad or marginal choice food children are served all adds up & they wind up with the host of  health problems obesity causes.

School cafeteria food is marginal anyway, I once heard it described as best in class for "accuracy & distance" (think food fight).  But for some kids the school meals programs maybe the main or only meals they get on any given day- making what is served even all the more important.

I am not at all surprised. Common sense can't compete with big money interests obviously.

Lobbyists are powerful entities.
Still they have failed the kids. Young kids really are having health problems, and it is directly related to crummy diets.

Who knows what kind of weird stuff they put in the crusts of frozen pizza, not to mention the pseudo cheese product they put on top.

I just remember frozen pizza distinctly tasting like the box it came in, if you were to eat the box!

I wish the Congresspeople who voted yes had to eat the food they approved for school children.

too bad little kids don't have enough money to pay newt to lobby for them.