equal rights, not so much 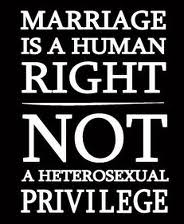 As people celebrate Washington State for being the most recent state to adopt same sex marriage, the haters of equal and civil rights have fired up their engines.
I'll start from my Oregon perspective- here is the history:


In 2004 and 2005, there was controversy and political disagreement concerning the status of same-sex marriage in Oregon. In 2004, Multnomah County began issuing same-sex marriage licenses, which began a political battle over same-sex marriage that ended later that year with an amendment to the Oregon Constitution. In 2005, the legislature introduced a bill to create civil unions which eventually died in committee and did notbecome law.
Currently, the state of Oregon does not recognize same-sex marriage. However, Ted Kulongoski, governor of Oregon at the time, signed a domestic partnership bill into law on May 9, 2007. Called the Oregon Family Fairness Act, the law would provide several major rights to same-sex couples that were previously only given to married couples, including the ability to file jointly on insurance forms, hospital visitation rights, and rights relating to the deceased partner. While January 1, 2008 was the date the statute would have taken effect, a court challenge delayed its implementation until being resolved on February 1, 2008, and the law went into effect that day, with registrations set to begin on February 4, 2008.
The Oregon Constitution now states: It is the policy of Oregon, and its political subdivisions, that only a marriage between one man and one woman shall be valid or legally recognized as a marriage.
• on the first day Multnomah county issued 422 marriage licenses, compared to 68 on an average day.
• As of the hearing,(about a week later approximately 1,700 marriage licenses had already been issued by the county.
Anyway we had it, we fought for it, they litigated it, reversed it and then even had to fight for a watered down "domestic partnership" bill.


In my mind, that is the same as having to sit in the back of the bus.


I dislike the State by State method of equal rights for marriage, because simply by crossing a state line your marriage could become null and void. Imagine being right on the state line- your left foot standing in a legal marriage, your right foot, the marriage and all the legal right that come with it, disappear.


Couples get married because they want to be there for each other in sickness and in health, when times are good and when things get tough. State and federal marriage laws provide a safety net of over 1,200 legal and economic protections for married couples and their children.
Same-sex couples are often denied:
READ MARRIAGE v. CIVIL UNIONS

No sooner has the Washington "gay marriage" bill passed, and the haters are swaming:

With the bill seemingly headed for swift enactment, several parallel efforts by opponents are shaping up to rally Washington voters against the prospective law. Their options included two possible ballot measures in November — a referendum to repeal the gay marriage statute outright and an initiative defining marriage as being exclusively between one man and one woman.
The National Organization for Marriage, which opposes same sex marriage, also has pledged to provide financial backing for conservative challengers to the four Republican senators who supported the bill when they run for reelection.
Without the referendum challenge, a gay marriage law would take effect June 7, 90 days after the March 8 conclusion of the legislative session. If the referendum qualifies for the ballot, the law would be suspended until the November election and certification of the returns, meaning December 6, before it is either repealed or goes into effect.
Under the initiative process by contrast, gay marriages could proceed June 7, regardless of the ballot-qualification process. It is unclear whether any unions officiated in the meantime would be nullified if Pidgeon’s measure were to pass in November.
Evangelical Pastor Steven Andrew, president of the USA Christian Ministries in California, has called for a national boycott of Starbucks in response to the Seattle-based company’s endorsement of the gay marriage bill, and for Christians to stop serving the coffee brand at their facilities and events.
Read more:http://www.vancouversun.com/life/marriage+foes+fight+expected+Washington+state/6097017/story.html#ixzz1lLvt8MTD 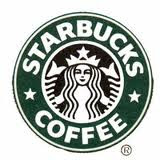 In fact, what a nice gift to give your Valentine....
the one you love-- a gift card from Starbucks
with liberty and equal rights for all.

The Komen foundation tried to pull a fast one by
playing politcs w Planned Parenthood.
They got a swift reality check, and frankly may never recover.

Now the Evangelical Pastor from California is calling for a boycott of Starbucks for supporting equal rights? Who does Pastor Steven Andrew think he's kidding?
Those evangelical haters are probably drinking Folgers or Farmer Brothers crappy coffee anyway. Maybe that's why they are soooo hateful?

Sigh. Soooo hateful. I guess I'll stay in my little Green Mountain State for the time being. God help us if one of us gets sick out of state.

Yea it's the civil rights issue of the 21st century in this country.

Same sex couples still need to have a back up Power of Attny directive in place, in the event they happen to leave the State & the marriage becomes invalid.

Maybe someone just needs to start pressing for equal rights the other way.... make it so hetero marriages are only valid w/i state boundaries.

Imagine the baffled looks legislators would have!