The witness table at the House Oversight and Government Reform Committee,
as discussion about contraception access and health care got underway.

Rachel Maddow reports: You'll notice, of course, that all of the witnesses are men. What you can't tell from the photo is that the second panel will feature four more men, and the combined total of the nine witnesses will include no women, no experts on contraception, no experts on health care, and no experts who might say something Republicans disagree with. 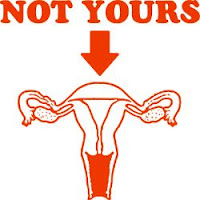 As ThinkProgress noted, this proved to be a bit too much for some of the Democratic woman on the committee. Rep. Carolyn Maloney (D-N.Y.) asked a sensible question under the circumstances: "Where are the women? When I look at this panel, I don't see one, single woman representing the tens of millions of women across the country who want and need coverage for basic preventive health care services."


As the farce hearing progressed, nearly all of the Democratic women on the committee left the room in protest."

Foster Friess, the retired mutual fund executive from Wyoming who has been basking in the spotlight recently thanks to his six-figure donations to a ‘super PAC’ backing Santorum, made the following remark in an interview with NBC’s Andrea Mitchell.

A wealthy backer of GOP presidential contender Rick Santorum, suggested that "in the olden days, birth control was less expensive because women just squeezed a Bayer aspirin between their knees to prevent them from having sex."

Wow!  This was a stunning glimpse into hard times of yesteryear, and a real
to the core disrespect for Women. What next? Repeal Women's right to Vote?
Burning at the stake?  Although I have now recovered from it, I was once a
Catholic woman who used all kinds of birth control. That's right-- not just the pill- condoms, IUD, cervical cap, yes indeed. I know for a fact if not for birth control, there would have been a whole lot more teen pregnancies in general, and specifically amongst the Catholic girl population.  I would know, because I was subjected to a private catholic high school for girls.

This might make some priests cringe, but ultimately, switched to the best form of birth control--the vasectomy.  What just went on in this congressional hearing could be shown how ridiculous, unconstitutional, sexist this is by starting a counter movement.

How about a panel of all women experts convening to extoll the virtues of
neutering most males? Deferentectomy. Snip snip.  I mean since many states are now embracing the fetus/personhood concept, we should be lunatic fringe proactive, and literally nip it in the bud. I can just hear the roar of some of those priests screaming for religious exemption against vasectomies!

I'm just going to say it outright- where do these sanctimonious GOP  men get the right to be making these choices for women? These are the same ones who vote against the things  like Planned Parenthood, & programs that support children, like heath care, education, food and shelter. They are hung up on women needing to give birth- they don't care about the health or needs of the mother or baby after they are born.

"It just shows how relying on employers as the source of health care coverage is a bad model. While I don't think that the (Obama) administration purposely did this to start a political firestorm, they certainly did so. This ruling caused republicans to all jump on the crazy train of being anti-birth control, and as long as they continue in this fashion will help increase the President's chance of re-election."

I disagree with the announcer's closing statement, that this issue will "help" the republicans- I think it will be just the opposite. We have our moderate/conservative candidate in Barack Obama.

Visit msnbc.com for breaking news, world news, and news about the economy
Posted by Fran at 12:43 AM

Let's hear it for irrelevant DC!

Well at least they called it & walked out. A women's health discussion w/o women represented?

This whole matter would not be the same if men were capable of getting pregnant.

But better the "crazy train" be revealed now, so that voters can know what atrocities the GOP has on their agenda.

a real class act ... Issa promised daily investigations into "Obama Admin Corruption" with House repub majority 2010. to date, this seems to be his first "investigation". must suck to be Issa, former car alarm salesman, now alarming US women that their religious freedoms are being compromised if they have access to birth control.

"Access" is the key ... they are acting like some govt horndog is going to be forcing BC down their throats (or up their aspirin-cupping legs). Apparently the very thought that BC is available to women who want/need it is just a tad too much freedom for us lil ole peabrained wimmen to handle ... we need to let the big smart men tell us what's right for us ... I swear I feel a Vapor Attack coming on just thinking about what I'm supposed to do with that aspirin!

BC pills are hormones ... they want to prevent access to hormones? Hey let's start with all those "Low-T" ads on TV!

The GOP's bs mantra is "less government" then they try to pull this we'll decide for women, using religion for an excuse?

The Pope may be against birth control (need more congregation & or victims of priests?), but rest assured the female followers draw the line, because da Pope ain't the one doing the birthin' & caring for & payin' for da babies .
They may smile & nod, but for god's sake and give me an allelujah and an amen....they ARE using birth control.

I have a suggestion where ASSprin man might insert some.