If you thought unemployment was pissy before...

The seismic impact of political folly. More "less government" BS.  Now drug testing for the unemployed. This HuffPo article is what rattled my cage: 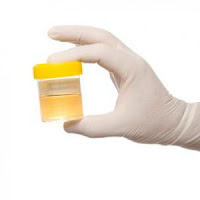 WASHINGTON -- The maximum duration of unemployment insurance would gradually fall from 99 weeks to 73 weeks over the course of the year under the payroll tax deal sought by congressional negotiators, according to an outline of the proposal. And the deal would allow states to drug test those applying for unemployment benefits, according to Democratic and Republican congressional sources.
With no deal at all, the longest time people could claim benefits would abruptly drop to 26 weeks at the end of February when federal unemployment programs are set to expire. One million jobless who have been out of work six months or longer would miss out on benefits in March, according to worker advocacy group the National Employment Law Project. 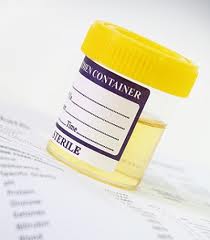 Excuse me while I get my jaw to close & clear the exclamation points & expletives deleted from the thought bubble above my head. Really? Unemployment benefits might just shift from almost 2 years of payments, to 6 months? So much for safety nets! And while you are in the free fall, pass a cup of piss for Uncle Sam too, because now in America, when you lose your job, you lose your 4th Amendment rights, freedom from unreasonable search & seizure, invasion of privacy, and what the hell- may as well throw in your dignity too.
* Note: Florida requires Welfare recipients to pay for their own drug test $30, but will reimburse IF you pass.  Another issue: What if you live in a Medical Marijuana state & possess a legal card that permits you to use MJ?

The GOP aide said the deal would overturn a federal law that prevents states from screening and then drug testing people who apply for unemployment insurance.
Blah blah blah....
The aide said the bill would also allow 10 states to use unemployment insurance funds to create programs whereby businesses train unemployment recipients without having to pay them. The programs, based on a scheme called "Georgia Works," had been proposed by the White House last year. 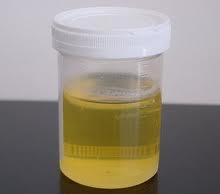 When Congress reauthorized federal unemployment insurance in December, it did so in a way that set in motion a gradual reduction to 79 weeks over the course of the year. The shortening has already taken effect in Maine and Michigan, which this month lost eligibility for federal Extended Benefits. Projections show the Extended Benefits program, which provides the final 13 or 20 weeks of benefits for long-term jobless individuals, will already "trigger off" in the remaining 32 states where it is in effect.
The reauthorization of unemployment insurance is part of a broader piece of legislation that includes a continuation of a 2 percentage point Social Security payroll tax cut and a provision to prevent a sharp drop in Medicare reimbursement rates.
Is your head spinning too? Pee in a cup because you are jobless, maybe get sent to a mandatory work training program without pay, maybe get 73 weeks of unemployment pay, but only if your State unemployment rate is at 9%. 8.9% would disqualify your state.

In the end, they worked out a deal...
Last week, Congress passed a law that allows states to drug-test people seeking unemployment benefits, if they were fired from their last job for drugs, and anyone seeking jobs that would ordinarily require a drug test. (That pretty much includes all jobs these days. )
It’s not clear how many states will start testing under the new compromise law, or what percentage of the unemployed will end up having to pee in cups, who will pay for it, or how often you would have to piss off for them.
Who benefits from forced drug tests?
No one but the companies that make drug tests.

There are a host of problems with such a requirement, starting with its questionable constitutionality. The Fourth Amendment is supposed to severely limit the government's ability to carry out searches - and a drug test is a particularly invasive one. 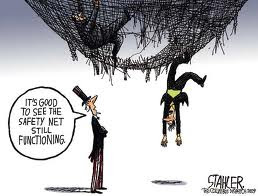 If you are working, don't be so smug!
That " Social Security payroll tax cut " is just fancy jargon for taking out too little money to keep the Social Security fund, afloat. They really should just call it what it is-- the "Screw you later" plan. Social Security monies are already at risk for paying "cents on the dollar" by the time we retire. Cutting back funding it now, will only make it worse later.


To put it in more blunt terms-- your retirement "fixed income" will be "broke".


In the end, while the GOP plays roulette with our lives & lifelines, maybe the presidential election year I dread, has a silver lining. The GOP is looking to keep unemployment benefits flowing, because it would otherwise look bad in an election year. I suppose that means they will revisit this whole mess if they have saved their own asses jobs, and got themselves reelected.
I'm still not onboard with this Social Security payroll tax cut holiday scheme, they act like they are doing us a favor, when in reality they are just messing w the retirement fund, that is already on shaky ground.
Posted by Fran at 10:00 AM

It is absurd to test unemployment recipients for drug use. It just costs the state more money - except of course if they force the unemployed to pay the fee as you mention. I too don't like this "payroll tax" holiday -- what's with all the complaining about SS running out of money if we can afford to give back half the tax on it? Of course, if they just eliminated the income limit on it that would help...

well we always thought trickle-down meant they were peeing on us ... guess it also includes confiscating our own urine!

re: the "screw us later" payroll tax cut ... it will definitely come back to haunt and will give congress cover to do some major cut-backs in the not-too-distant future. the minute this payroll tax holiday started, it became considered the new norm by folks like Grover Norquist who will now use it as a club to batter his cadre of congresspersons who've signed his tax pledge ... similar to how he's used that pledge to keep congress extending the supposedly temporary bush tax cuts.

and, it's not just a 2% payroll tax cut for employees (which is really something like a 30% decrease of your actual payroll tax), it will also now apply to the employer's portion, which is a matching 2% of your salary, up to the annual income limit. MauiG is right, removing that income limit would go a looong way toward keeping SS solvent.

The so-called "Social Security payroll tax cut" is Obama's fuck you to Americans.

Maui~ The idea of having to endure drug testing to get UI benefits is overstepping.
I mean as if having to endure long term unemployment is not humiliating enough.
Back when they sent Soc Sec $ updates, there was always a blurb about how non partisan $ gurus agree SSI would be in trouble down the road.
Now they are too broke to send statements!
Not reassuring.


DK~ How low will they go? This is just about guaranteed to end up in court as unconstitutional. Already heard a FL Vet saying he does not use drugs, but will not subject himself to such BS. Said he swore to defend the constitution & draws the line.
He's not ponying up the piss for politicians program!

Plus there is chatter that the "SSI payroll tax holiday" is pretty much voided out w over $4 bucks a gallon gas- maybe as much as $6 bucks.
One way to sell electric cars!

Christopher~ Not just Obama, the GOP likes to use it as a bargaining chip- as in We'll let you have the payroll tax "holiday", if you let us mandate drug testing. Because they are all into "less government".
If you believe that, they are fiscally responsible too & never took part in generational theft.
Damn-- current history belongs in the Fiction category.