PEACE NOW! or An eye for an eye 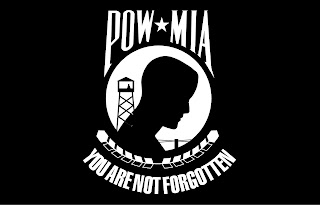 January 27, 1973
The United States and North Vietnam signed "An Agreement Ending the War and Restoring Peace in Vietnam" through the exit of all American troops within 90 days. The United States, the Republic of [South] Vietnam, Viet Cong, the insurgent resistance in the South, and The Peoples’ Republic of [North] Vietnam formally sign but because South Vietnam was unwilling to recognize the Viet Cong's Provisional Revolutionary Government, all references to it were confined to the document signed by North Vietnam and the United States. The same day, the United States announced an end to the military draft.
The Vietnam War resulted in a million Vietnamese combatant deaths, between three and four million civilian deaths and a countless number of injured. It cost the United States 58,226 lives (Australia lost almost 500, New Zealand 38) and 350,000 wounded. The financial cost to the United States came to something over $660 billion in current dollars.
The treaty stated, “... In pursuance of its traditional policy, the United States will contribute to healing the wounds of war and to postwar reconstruction of the Democratic Republic of Viet-Nam and throughout Indochina.”


The Pentagon announced a “zero draft,” putting the Selective Service System on standby after five years of continuous operation. 1,728,344 men had been drafted in the previous eight years (principally for the war in Vietnam), 25% of all the armed forces.

We can be thankful the military draft, or conscription has not been reinstated since the Vietnam war. On the flip side, troops in Iraq & Afghanistan have experienced a *back door draft*, where they are required to do multiple tours of duty, even beyond when their contract with the military had expired.
The death tolls in the Vietnamese and Iraq and Afghinistan wars are high. The costs are simliar.


But we are not out of the woods yet, and progressives for peace do need to unite.
Michael Moore writes:

"Iraqing Afghanistan; Biden warns "there will be an uptick in U.S. casualties".

DO SOMETHING!
Get Afghanistan Right!
Progressives Fight Escalation

I would rather we spend the money we would on war, to bring in peacekeepers, and humanitarian aid.

We need to keep Dr. King's dream alive, and embrace non violence as the way to go.

I would love for President Obama someday, to be the recipient of a Nobel Peace Prize, for following in the footsteps of MLK jr.
and working diligently for peace.

I want President Obama to honor his own words from his own Inaugural speech:

• "On this day, we gather because we have chosen hope over fear, unity of purpose over conflict and discord.

• On this day, we come to proclaim an end to the petty grievances and false promises, the recriminations and worn out dogmas, that for far too long have strangled our politics.

• The time has come to reaffirm our enduring spirit; to choose our better history; to carry forward that precious gift, that noble idea, passed on from generation to generation: the God-given promise that all are equal, all are free, and all deserve a chance to pursue their full measure of happiness.

• Our power alone cannot protect us, nor does it entitle us to do as we please.

• America must play its role in ushering in a new era of peace.

• To those leaders around the globe who seek to sow conflict, or blame their society's ills on the West -- know that your people will judge you on what you can build, not what you destroy.

• We will extend a hand if you are willing to unclench your fist.

I do agree with most of Obama's policies & programs, but I have never liked the idea of military/violent escalation in Afghanistan.

I cringe to hear Biden nonchalantly say there will be an uptick in U.S. casualties. Like people's lives are an expendable commodity. Certainly there would be pain, suffering and loss of lives of innocent Afghani civilians as well. there already is now.

Enough of the endless warring and destruction. I want Obama to live by his own words of the inaugural speech.


• "On this day, we gather because we have chosen hope over fear, unity of purpose over conflict and discord.


Yes! Let's walk the walk on this one.

Obama is obsessed with Afghanistan and this worries me.

The problem with the surge strategy is this:
Is it sustainable?
That question remains unanswered in Iraq, and we won't know until the saturated level of troops (surge) are withdrawn. Will the violence & unrest just flare up again?

The L.A. Times reports:
In Kabul, President Hamid Karzai condemned the strike, saying that repeated American military operations in which civilians are killed are "strengthening the terrorists."

And the Taliban's continued ability to operate from bases and staging areas across the border in northern Pakistan, with relatively little opposition from a weakened Pakistani government, adds to the problem for U.S. strategists.

The ( U.S. troop) increase -- at least 20,000 this year -- will significantly bolster the existing force of 32,000. But it will be far smaller than the roughly 140,000 serving in Iraq and only a fraction of what experts say would be needed to dominate the region.

Add to this Afghanistan's long history of bloody but successful resistance to outsiders. Remote, mountainous and riven by tribal loyalties and a network of local warlords with shifting alliances, Afghanistan has been a graveyard for foreign military forces, including the Soviet Union and imperial Britain.

On the border with Pakistan, where many militants move easily back and forth across the rugged terrain and where Al Qaeda leaders are believed to be hiding.

Biden, who traveled to Pakistan shortly before being sworn in as vice president, declined to comment on reports that a U.S. drone crossed into that country last week and attacked an Al Qaeda post -- but he reiterated Obama's statements during the campaign that he would not hesitate to strike within Pakistan if there was "actionable intelligence."

The war there could fast become Obama's most time-consuming overseas problem -- with U.S. military involvement rising just as troops begin to draw down in Iraq."

One war leads to another. We've already logged 6 years in Afghanistan.... Enough!

Our ignorant and arrogant policies are to blame for Afghanistan - as much as anything. Here is an interesting view from a self-professed "conservative":
What Would Real--Rather Than Rhetorical--Change in U.S. Foreign Policy Look Like?

Wow Dr K~ That is a hell of an overview. Long, but worthwhile.

At the end of Vietnam, we had no idea what the true number of casualties were. I'm not sure we ever will, though I've read of 2-5 million. It will probably be the same today in Iraq & Afghanistan. At the end of Vietnam, we realized we hadn't accomplished anything, except a lot of death & disabling of a generation. Another history repeating "opportunity"?

"Iraqing Afghanistan" ... interesting choice of words. Man-oh-man, I sure hope that is not what we end up with there. I think it's a different situation, what with Afgh being an actual Al-Queda base and the Taliban and all, but I still don't see why it is up to US alone. Surely other countries in the U.N. have a vested interest in controlling that kind of violent repression.

The U.S. presence in the MIddle East and the brutal illegal takeover & occupation of Iraq, has the Muslim world perspective of the U.S. as a lethal bully, rogue out of control superpower.

The locals know the lay of the land, and they work together. No other superpower has been successful in Afghanistan, and we've logged 6 years there already.
The biggest contention is you can not judge the success of a surge until you remove the troop saturation & see IF it holds. We still don't know the final result in Iraq, until that happens.

All that right wing celebration & legacy talk about how Bush was right about the surge, may turn out to be another failure.

Beyond all those reality factors, I am sick of the cycles of death & destruction. If moral high ground is not a consideration, then how about the fact we are broke. We don;t have the money to be in a war, and I really fear that Pakistan will get dragged into it. On & on...... there has GOT to be a better way.

OMG - are you suggesting *gasp* diplomacy? Non self-interested interaction with a bunch of brown skinned poor people? From Uncle Sam? Perish the thought - there is no profit in that...